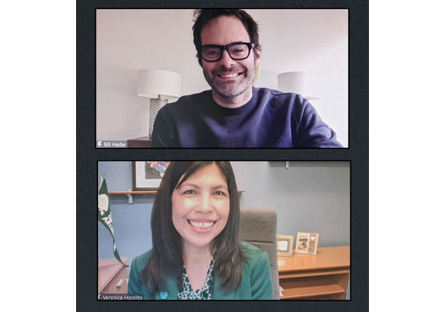 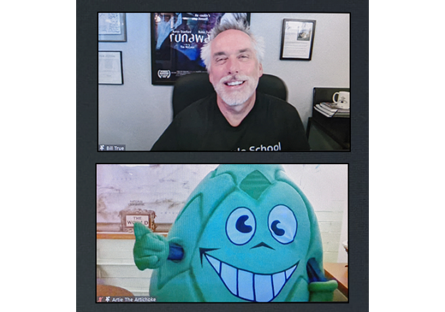 Hader discussed his extensive career and his time attending SCC, where he gained hands-on experience in screenwriting, acting, filming, editing and producing, before moving to Los Angeles in 1999.

At the time, he said it took a minimum investment of $5,000 to shoot a short film that could impress Hollywood executives. Today, with plentiful low-cost recording equipment available and potentially wide distribution through YouTube and other online platforms, it’s so much easier for anyone to create film projects.

Hader revealed his challenges with anxiety when creating and performing throughout his career – and how he handles this today. He mentioned that if he could speak to his younger self, he’d say not to worry so much and just have fun with the process.

When asked his advice on how to break through and achieve career success in the film and television industry, Hader encouraged students to work on many different projects and “just make a lot of stuff.”

He quickly added, “Constantly fall on your face. Learn lessons from that and learn from everyone around you—it never ends. Become friends with failure.” This powerful message about persistence was both inspiring for students and especially relevant to those who are working on their craft and pursuing their dreams.